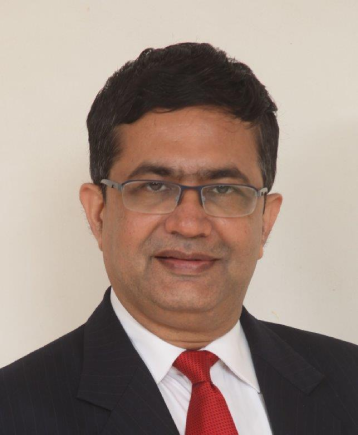 Ashish, a technocrat from IIT and IIM, currently works as the MD and CEO of BSE (formerly Bombay Stock Exchange), with market capitalization of listed companies close to USD 3 trillion.

Ashish acted as the CEO of IPL cricket team Mumbai Indians in its formative years and worked as the President and CIO of Reliance group from years 2000 to 2009 in the field of IT, e-commerce, public relations, media, telecom, sports, organised retail, IPO, petrochemicals, refining, oil and gas etc. Ashish is one of the founders of at NSE (National stock exchange) and is considered the father of modern financial derivatives in India due to his work there from 1993-2000. He is also the creator of Nifty index and was in charge of creating the first screen-based trading. He started his career as a banker with IDBI.

Ashish is a serial entrepreneur. He is considered amongst the foremost experts in the fields of fintech, market microstructure, transaction processing, corporate governance, finance, regulatory policies, business, technology, cricket, and Indian social issues. He has spoken at conferences organised by UN, WEF, WFE, UNCTAD, OECD, Commonwealth etc. He has been a part of the policy committees of Ministry of finance, Ministry of MSME, CBDT, RBI, SEBI etc. He also headed the South Asia Federation of Exchanges (SAFE), consisting of 20 plus exchanges.

He has won several prestigious Indian and international awards over last 3 decades including Digital Icon of the Year, Asian Banker, Top 50 CIOs in the world etc. He serves on the board of prestigious Indian universities including IIMs, AJNIFM, NITs, NIITs etc amongst his many social activities. He is also acting as the Chancellor of University of Allahabad, UP, India, one of the nationally important universities and the oldest Universities in Asia set up in 1887. He is a distinguished visiting faculty at Ryerson University in Toronto and Honorary Professor at Nottingham University Business School.

He has co-authored a book titled on BSE ‘A temple of wealth creation’. A book titled ‘Sthithpragya - the process of maintaining equilibrium’ has been written on his life journey.